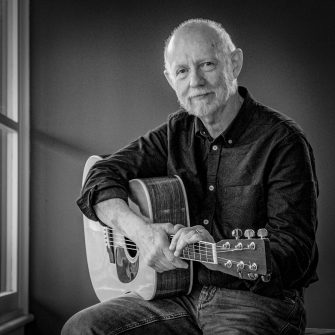 In a career spanning over 50 years, Peter’s music has been an ongoing exploration of his political and environmental concerns alongside the bitter-sweet matters of the human heart.

In a career spanning over 50 years, Peter Campbell’s music has been an ongoing exploration of his political and environmental concerns alongside the bitter-sweet matters of the human heart. It is an authentic voice, charged with honesty, humour, activism, human emotion and personal politics.

As an architectural graduate and graphic designer, for 30 years Peter’s ‘day job’ has been strategic visual thinking. In the Southern Highlands, Peter is therefore best known as the designer responsible for creating and managing visual identities for many high-level culturally based projects and events such as the Bowral Autumn Music Festival, the Southern Highlands ARTS Trail, the Robertson Community Information Centre, the PhotoVoice: Renewal & Resilience photography exhibition and book, and this website, artsfile.com.au, to name a few.

However, Peter Campbell the musician has been one of the Highland’s best kept secrets since he and his wife Jan moved here from Newtown in 2015. With a large pile of potent music waiting to be heard and, in an increasingly challenging world, a sense that it is time to get out and share it, Peter is heading back onto the stage with his 6 and 12 string guitars and banjo – and this event is the first step.

A professional musician in his 20s and 30s, Peter released a number of albums: Of Time and its Distance, I don’t usually do requests unless I’m asked to do so!, Across the Border and Rear View Mirror. Across the Border was produced by Noel Paul Stookey (Paul of Peter, Paul & Mary fame) in Maine, USA. PP&M covered his song Wild Places on their album Such is Love; he supported them on their 1982 Australian Tour. Rear View Mirror is a double CD featuring a live concert, and highlights from the earlier vinyl albums.

A recent song, triggered by unprecedented drought, devastating bushfires, the social dislocation, financial trauma and the rise of domestic violence with the arrival of COVID-19 in 2020, attracted the immediate attention of the convenor of the recent International Summit on Domestic/Family Violence in the COVID-19 Era. Waited Too Long became the Anthem for this three-day global event which featured leading experts in the field and participants from 47 countries; it was translated into six languages, featured a special greeting from the Pope and was opened by the Antonio Guterres, secretary-general of the United Nations. 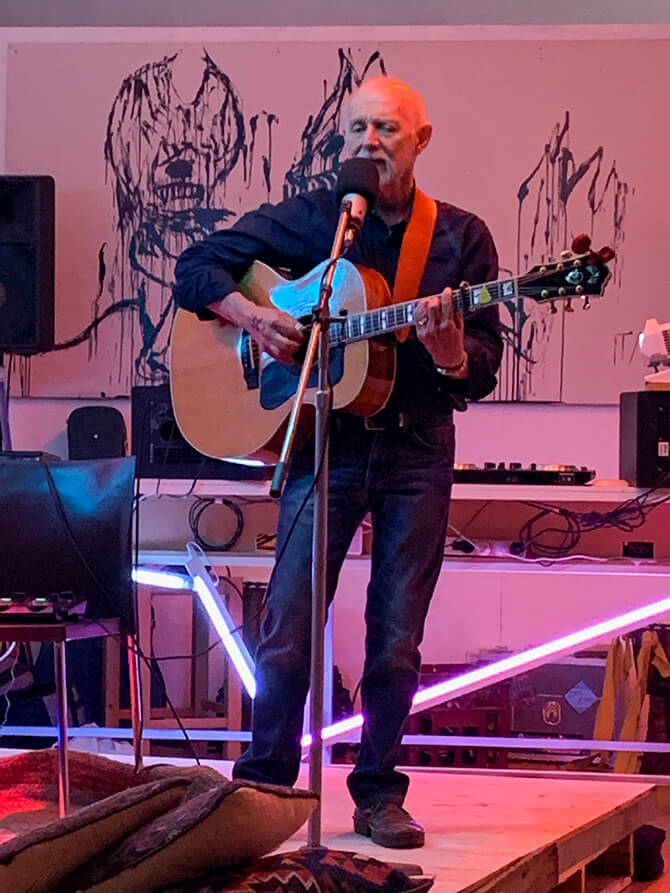 Peter Campbell at the Launch of ARTS Trail, Mental Gallery, 2020