The Southern Highlands’ first glass blowing studio opens in Mittagong with a focus on sustainable practice.

When Gina Fairley met Scott Chaseling, Scott was living in Canberra where he was kicking serious goals with his practice as a glass artist. Gina, then Sydney-based, was pursuing her career in arts journalism, which as current Visual Arts Editor for ArtsHub means she is abreast of makers and artists working nationally.

But it is the highlands that caught her eye for its creativity, after fifteen years of living in ‘big gritty cities’, as Gina says. Together, they have run art spaces in Berlin, San Francisco and Sydney – so a studio in Mittagong was a natural ‘next’.

Scott has presented over 35 solo exhibitions nationally and internationally and his work is represented in collections including the 21st Century Museum of Contemporary Art (Japan); the Corning Museum of Glass (USA); Museum Kunst Palast, Dusseldorf (Germany), and closer to home in many galleries, including the National Gallery of Australia.

Before writing, Gina freelanced as a curator in Southeast Asia; was a Director of Haines Gallery, San Francisco, and Exhibition Co-ordinator for the Biennale of Sydney – but in a first, Studio OneFive puts her behind the bench making with Scott.

So how did they come to open the Southern Highlands’ first glass blowing studio? Since the early 2000s, Scott has created everything from room-sized museums installations to hand-cut tumblers riffing off swanky cut crystal, to bowls blown into recycled paper moulds – all using bottles.

‘For us this is much more than just knocking the top off a wine bottle and reusing it,’ says Gina. ‘We create high end adaptations across homewares, lighting, and jewellery that draw on 35 years of experience.’

Studio OneFive in Mittagong was created in 2021 to produce high-end design works, alongside curated events, workshops and public demonstrations – all in a celebration of regenerative design.

Gina’s focus is her passion for making jewellery. She is interested especially in the combination of raw and refined materials for her pieces – be it beer bottle beads paired with gorgeous baroque pearls, or sassy rubber elements with fine blown globe beads and silver elements.

Having walked the Camino de Santiago three times and kayaking the length of the Murray in Australia and the Lahn River in Germany, Scott has sought inspiration for his practice and creations locally, particularly the Box Vale Trail, just a short leap from the studio.

‘We welcomed the change of pace and we’re attracted to the creativity of the region,” Scott said. “We are alert to this area in which we live, especially its vineyards and distilleries, and we are keen to find ways to collaborate with other makers in-keeping with a desire to marry good design with sustainable thinking.’

‘We will be launching a members club which will include previews to our studio sales, invites to studio dinners, special events, and unique bespoke gatherings for small groups only,’ Gina said.’ Plus once a month we will have a Saturday open studio where locals can pop in and see us at work at the furnace.” 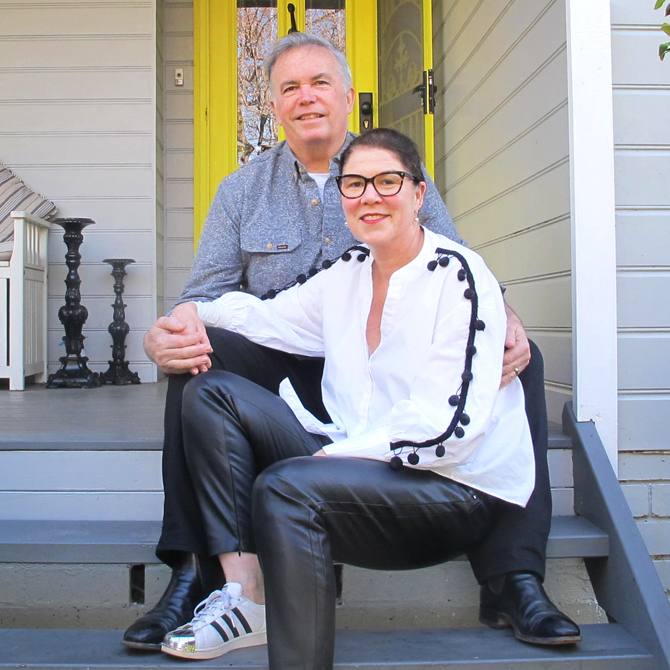 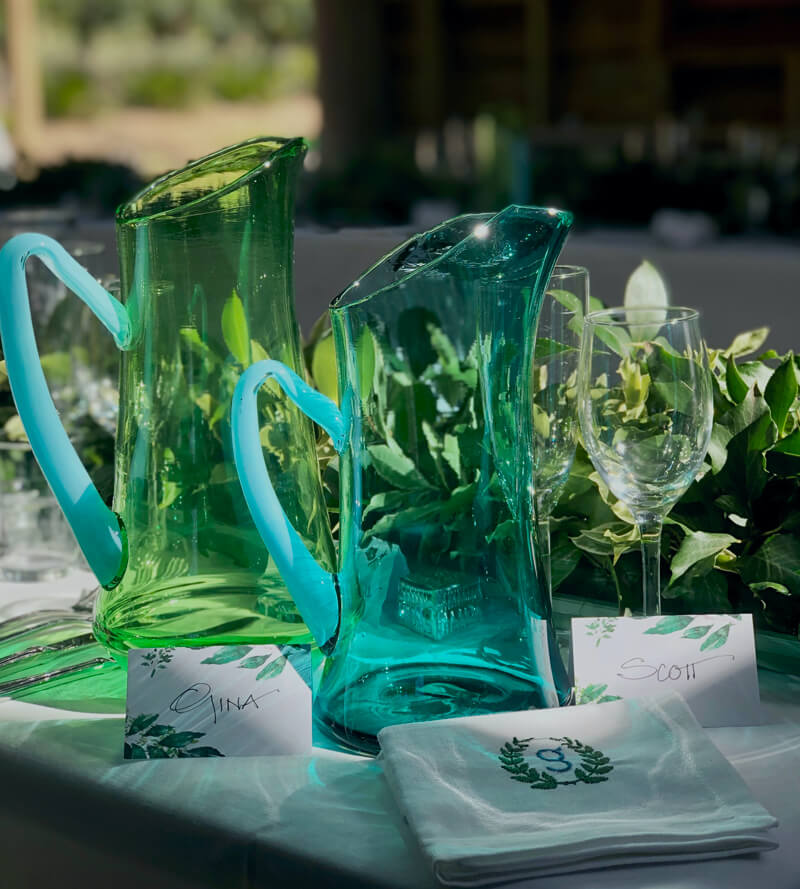