None of these pursuits made him rich, but they were rich in personal reward.

Bruce Mitchell has worked as a labourer, copywriter, waiter, bookmaker (the one who takes bets; not the one who binds books), film maker, musician, consultant and corporate director. None of these pursuits made him rich, but they were rich in personal reward.

His corporate business career with Coca-Cola and Brown-Forman (makers of ‘Jack Daniel’s’), took him across the world, with expatriate posts in South East Asia and New Zealand. A native of Sydney, he lives in Bowral, in the Southern Highlands of New South Wales, Australia.

He has dallied with writing for some years – creating ads for frozen prawns and car tyres, scriptwriting for videos, and short stories for the entertainment of friends and family.

Having a keen interest in history, Bruce’s first book, ‘Wide Sky People’, published by Austin Macauley of London, takes the reader on the mid-19thcentury journey of the Thornton family from Ireland to Sydney and the plains of New South Wales. Mick and Cate Thornton and their two boys survive four months at sea to encounter false arrest, bushrangers, crooked cops, a devastating bushfire, and the gold rush, to name just a few. The story is loosely-based on real people – Bruce’s ancestors migrated from Ireland at the same time, and settled on the land in Orange, where much of the book is set.

Not one to stand still for long, his second book is also complete – a serial murder/thriller set in Sydney in 1879, titled ‘Race the Madman.’ He says that it ‘has everything – dead bodies, women’s rights, racial tension, corruption, terrorism – even martial arts.’

‘Wide Sky People’ can be purchased on-line in e-book and paperback format at major Australian book retailers and Amazon.com.au. As the cover says, ‘It’s a story lived by many, but told by few; with action, passion and wry humour. It tells of the men and women who saw a Wide Sky full of promise, and turned a colony into a country.’ 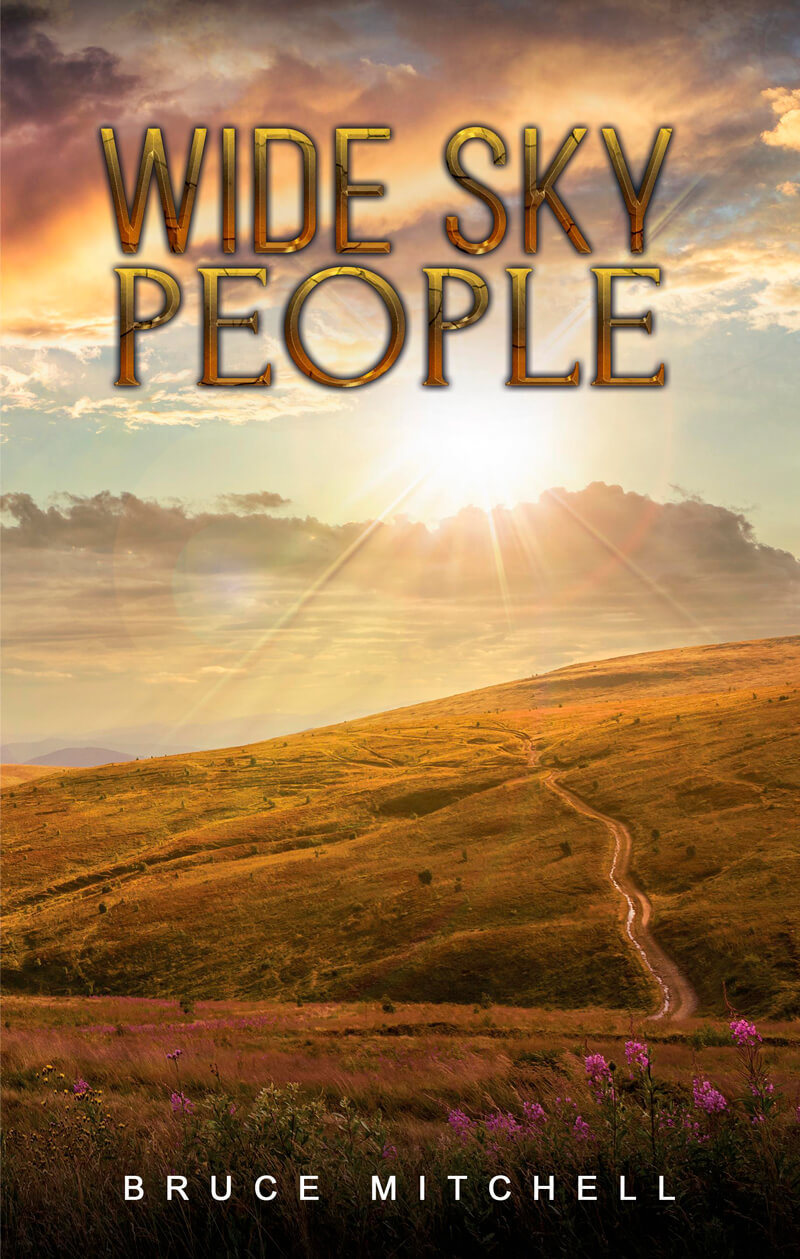